Oregon Pine is a popular and well-known wood species in the Netherlands. This type of wood has been imported from the United States (Oregon state) and Canada for more than a century. It naturally appears in great abundance on the west coast of North-America. The sap is whitish, the heartwood contrasts with it in orangish yellow-brown; it runs dark into orangish brown. This beautiful American wood species is resinous, as a result of which sometimes fatty spots of streaks appear on the planed surface. Also resin pockets do occur. The contrasting colour difference in the growth rings between early and late wood is striking. In the quartered (radial) and cross-cut surface, this shows as a streak or rings respectively.

In contrast to the European variant (Douglas), Oregon Pine is not frequently used in gardens. This is mainly due to the higher price and greater durability. Oregon Pine is more suitable for, for instance, other façade cladding and frames.

The Oregon Pine of Boogaerdt Hout can be found in Eindhoven, Schiedam, Tiel & Zeist. For more information about Oregon Pine projects view the photos below. 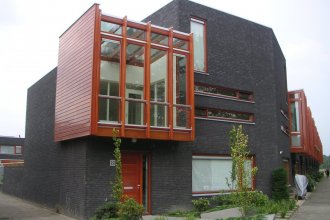 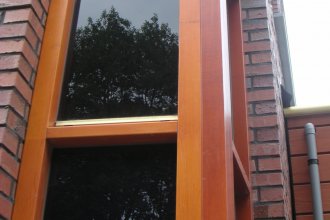 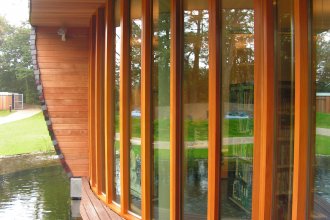 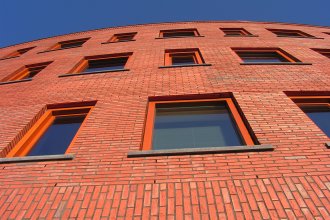 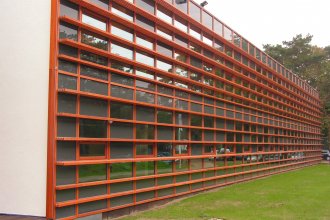 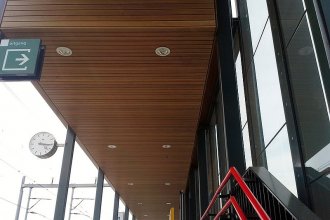